UQ: The Face of the Abyss With the end of EP6 all wrapped up we also received the final major UQ Boss: The Primordial Darkness. Even though for Global, this is the most recently released, it is actually not the chronologically last released UQ in JP (which was Mourning of Demise/Final Lament). This is probably the longest boss UQ released up to date with many different phases and mechanics. I will try my best to cover all of them in this post and give a loot breakdown at the end.

The Armada of Annihilation: Interception 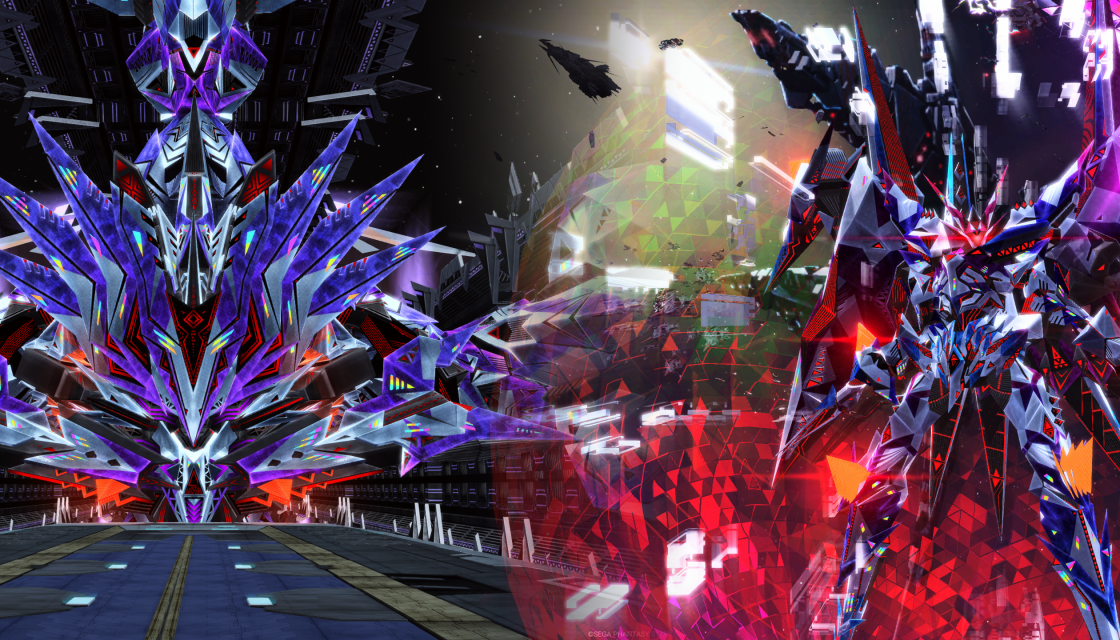 With EP6 in full swing, we have our first UQ of the episode that dramatically changed up the UQ format we’ve been familiar with since EP1. This UQ bring us to into space to engage the Photoner’s Fleet with new type of enemies: The Luminmechs. Since the release of EP6, Ultra Hard difficulty is now the new meta. So going forward from now, whenever I talk about drops, it will be specifically for UH and not XH. With EP5 finally coming to an end, we have my favorite UQ in all of EP5: Dark Falz Persona in The Malevolent Void. I remember back in JP, we had such a huge turn out of returning players due to the UQ being released at the same time as all of the initial 15* weapons (Ophista, Atlas Ex, and Trailblazer). Much like Omega Luther and Omega Apprentice, this 12-man UQ also has a chance to drop a 4-man trigger. As usual, I’ll be talking about the UQ as a whole and then… Read More

I must admit, I’m not a super big fan of Buster Quests, which is why I avoided making a post on the last BQ UQ we had: Castrum Demonica Hostility. That one was just pretty much a Grade 3+ BQ with more chance of accidents and 2x Hyunal spawn. Even though the battle order of this UQ still follows the tradition BQ format, there are a few changes I’ll try to cover in this post. Since there isn’t a lot of new mechanics, this post will be shorter than usual. With all the boss UQs being rapid fire released, this week we have Omega Apprentice in Queen’s Nightmare: Earth Depths. Before going any further, I’m pretty sure this takes place in the Omega so why on earth (no pun intended) is it earth depths? In any case, this is UQ takes us to the depths of a cave in the desert of Epyk to search and destroy Omega Apprentice. As with other EP5 UQs, there’s also a 4-man version in the form of a trigger drop again. I’ll be talking about the… Read More As we are rolling through the all the EP5 content, we have our first reskinned UQ with Omega Falz Luther. Instead of a red color themed stage and boss, we now have a purple themed one. A 4-man trigger was also released exclusively as a drop from the 12-man UQ itself. Most of Luther’s stuff will be identical to the old version. As usual, I’ll talk about the fight itself as well as the drops afterwards. Oh yeah. Last week, I have completely omitted talking about the Castrum Demonica: Hostility UQ as… Read More

UQ: Crimson Fellwyrm Over the Castle

On the launch of EP5, we got our first UQ on the second week with the Crimson Fellwyrm (fan translated as Crimson Castle Crushers in JP). During my time playing PSO2 JP, I never really got to do this UQ when it was still in the schedule and only did it a few times after they cycled it out nearing the end of EP5. I’ll try my best to go into the details of this UQ and then provide some advice from my own runs on the 4-man party version.

As EP4 finally draws to a rapid close, we have our last UQ of EP4 as well: dubbed by many simply as the Yamato rematch. This UQ most features the same fight with the original Yamato but with Vegas mobs in the first part and a more aggressive and difficult AIS in the second part. This will be a relatively short post as I’ve already talked about Yamato in a post last month. In addition, like Deus, a 4-man party version of the AIS only fight is available after completing the initial… Read More

Once again we have another 2 part UQ with the recent release of Deus, one of the biggest UQs of EP4. Back in its time and even now, this was heralded as one of the coolest boss fights of PSO2. Compared to all previous UQs, this is probably the lengthiest so far. In this post I’ll talk about the 12-man MPA version and the 4-man party version after.

UQ: Barren Blossom, Corruptor of All In the middle of EP4, we have our first revisted UQ: The Profound Darkness, buffed up from the original EP3 version. Along with its MPA version, we also have our first solo UQ as well, dubbed Barren Blossom, Butcher of Light. We can definitely see Sega picking up it’s pace through EP4 by squeezing multiple boss EQs within one maintenance cycle. Most information I will talk about will be applicable to both the MPA and the solo version unless otherwise specified.

Old outfits don’t look bad in NGS! ✨
We’re kind of .. far apart 😭 ANYWAYS WE CANT WAIT FOR NGS AHHHH soon...
Are you guys ready for NGS launch on the 9th!? This is Aki’s character from the CBT. 💕
Stream giveaway code for the final ARKS Hour. Also head over to the blog for a recap of the stream. 🙈